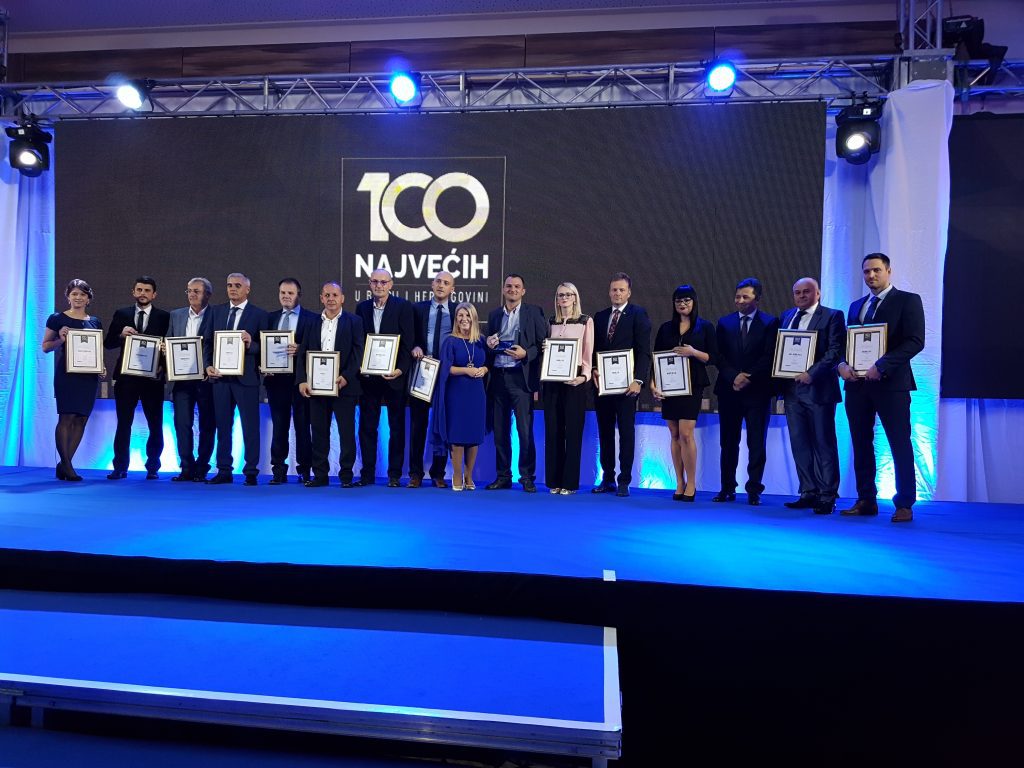 Brčko, 20.09.2017 – The BIMAL company leader in production of food products in the BiH for the second consecutive year

The BIMAL dd company on the first place of the ranking list for industrial branch of food products production in Bosnia and Herzegovina, is the result of the analysis conducted by the Poslovne novine. At the manifestation with the project “100 biggest in BiH” the company BIMAL was awarded with reward “1sy place in the industrial branch of food products production in BiH according to revenues in 2016” making BIMAL the leader for the second consecutive year in the category of production, and thus confirming exactly that the Brčano edible oil factory is one of the pillars of the economic development of the Bosnia and Herzegovina.

“Clear vision in combination with properly set business strategy, and people who are implementing the set goals with excellent results brings long term success and development of the BIMAL Company. Continuous investments in the improvement of the production facilities of the Brčko factory, equally as the dedication to quality of our edible oil have made it possible for the food industry in Bosnia and Herzegovina to get the domestic product which promotes quality, development and growth of the BiH economy“ said the Deputy General Director of the BIMAL Company, Mr. Mitja Kovačič.

On basis of the economic indicators from the Balance sheet and Profit and Loss Statement, BIMAL in 2016 made the revenue of BAM 194,019,383, and growth and stability of the operations are also confirmed by the information that the BIMAL Company in first six months of this year made the revenues in amount of BAM 105 Mio.

Thanks to processing capacities of the Brčko factory, BIMAL today cooperates with 209 BiH companies, from which it buys goods and services and in this way indirectly employs other companies in Bosnia and Herzegovina. Also, taking into consideration placement of BIMAL’s oils to foreign markets, BIMAL also has positive influence on BiH coverage of import with export.

Since 2002, when it became the member of the STUDEN Holding, the edible oil factory BIMAL has increased its production capacities and increased by five times the capacities for processing of oilseeds from 26,000 tons per year to today’s 120,000 tons of processed seeds. The business expansion of the BIMAL Company led to opening of three companies in Serbia, and after that the business Group BIMAL was established which deals with production and trade with oilseeds and grains.