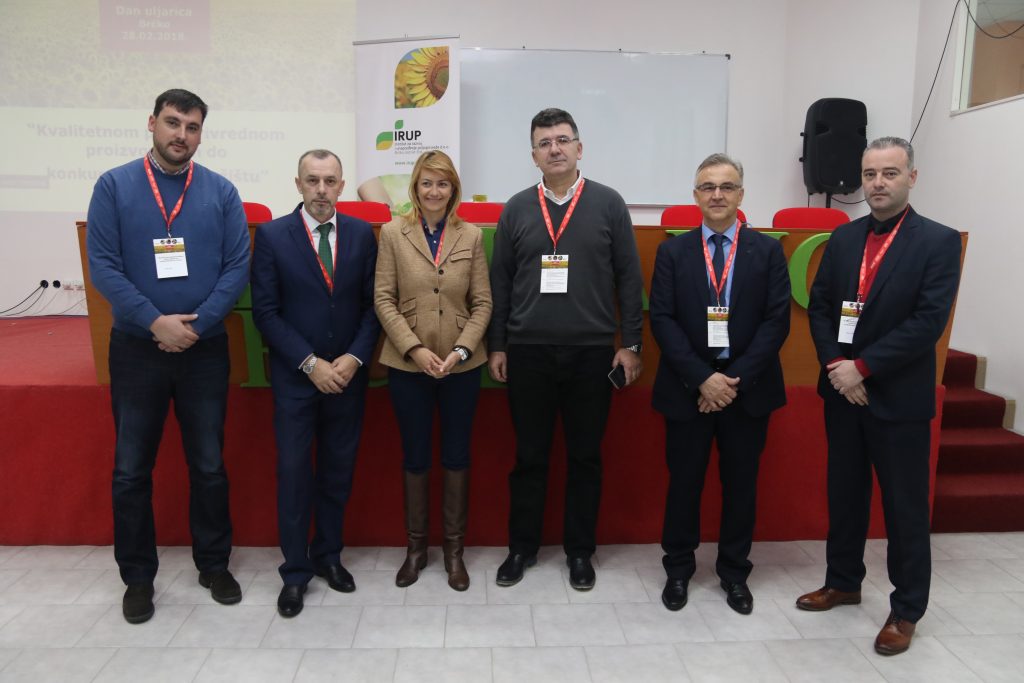 Brčko, February 28, 2018 – A Day of oilseeds was held in organization of the Institute for Development and Improvement of Agriculture– IRUP Brčko and the company BIMAL with subject “Quality agriculture production for competitiveness on the market“. This event enabled the experts, representatives of the relevant institutions and agriculture producers to meet in one place and to jointly provide the answer on what will provide the market competitiveness to the BiH producers on one side and quality on the other side.

“The company BIMAL as the leader in production of food products in Bosnia and Herzegovina as well as the company thanks to which first production of sunflower was organized last year in Brčko District, sees the Days of oilseeds as a chance for development of the BiH agriculture sector. I am saying this because today we have managed on all levels of inclusion in the agriculture production, i.e. the producers and the institutions and the companies, to send the message that the success on the market means supply of the quality product made of quality, domestic, non-GMO raw materials“said Ševal Suljkanović, Executive director for economic affairs of the company BIMAL.

Creating of the strong domestic raw materials base implies strengthening of the domestic producers, was the message from the BIMAL Company, which sees it as its obligation to give preference exactly to domestic agriculture producers. One of the criteria for the quality product which is competitive on the domestic market, but also on the global markets is also the non-GMPO production, therefore the subject of the panel held within the Day of oilseeds Dana was “Non-GMO production, future of the strong BiH agriculture”.

“The Association Donau Soja and non-GMO symbol are the guarantee to the consumer who decided for the product which does not contain genetically modified organisms. Also, this symbol is one of the advantages for the producers since the competitiveness on the market frequently depends on the strictly controlled standard” said Marija Kalentić, Regional director of the Donau Soje.

Even though Bosnia and Herzegovina has million hectares of arable land, presently there are 500 thousand hectares of uncultivated land. One of the conclusions from the Day of oilseeds is that the continuous efforts for increase of land with crops will have positive effect also on general development of agriculture in the entire country.

An agriculture producer from Odžak, Mr. Dragan Jović said that it is hard to foresee the economic conditions, and ratio between the earnings and investments. “Besides the machines, land and knowledge of good production methods the survival on the market also means not giving up from the quality of production, which is simply a requirement, because our companies besides the presence on the BiH market also want to have presence on foreign markets, and their idea of high quality products is sometimes different from the local one, therefore if my agriculture product does not meet the mentioned parameters, than I as a producer will stay uncompetitive” said Jović.